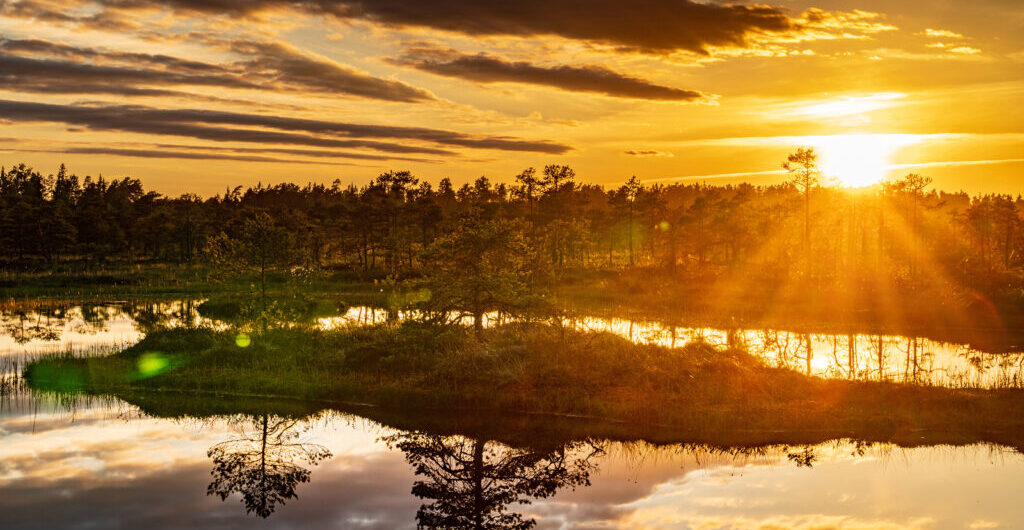 Estonia is one of the least populated countries in Europe but it is larger than Denmark and Holland . The size of the country is 45 227 km2 and it’s population counts over 1.3million people, from which 69% are Estonians, 25% Russian, 2% Ukranian, 1% Belarusians, 0.8% Finns and 1.6% other.

The flag of Estonia was officially adopted on May 8th, 1990 and it contains three colours. Blue – represents loyalty and the country’s blue skies, sea and lakes; black – symbolises the past oppression and the fertile soil; white – stands for virtue, white snows and Estonian’s long struggle for freedom and independence.

Tallinn is the capital, primate and most populus city of Estonia. Located in the northern side of the country, on the shore of Baltic Sea, on the south from Finland. Tallinn is main financial, industral, cultural, educational center of Estonia. Number of start-ups per person is the highest here among European countires. Tallinn is a birthplace of many international companies like Skype or Transferwise.

Second biggest city of Estonia is Tartu. It is often called intellectual center of the country.

Every five years in July, the city of Tallinn organizes one of the biggest amateur choral event in the world – Estonian Song Festival. The joint choir has comprised more than 30.000 singers perorming to an audience of 80.000 people.

The local languge is Estonian but you can say that Estonians are bilinguals, they tend to speak at least two languages. The older generation can understand Russian and Finnish in addition to English and Estonian. According to the latest studies, people here are the best English speakers in Europe. Estonian belongs to Finno Ugric language family.

What religion is Estonia? What is the main religion of Estonia?

The population is irreligious. It is proved that Estonia is one of the least religious countries in the world. The population is predominantly Christian and includes followers of 90 affiliations. Statistics shows that only 16% of Estonians are religious.

Estonia is called as e-capital of Europe not without a reason. Estonia is the first e-government in the world and offers e-residency to people from all over the world. Today you can do almost everything at home and the only thing you need is an internet connection. From voting to signing documents. This gives less bureaucracy and adds more transparecny and efficiency in some vital sections.

E-school: This is an national online platform where parents can communicate with teachers and check their kid’s grades.

Electronic perscriptions: Estonians don’t have to go to doctor when they get sick. It is enough to contact the doctor and an electricial perscription will be send to a database immediately accessible to every pharmacy.

Christmas tree via app: Yes. Only thing you need is download mobile app called RMK state forest, go to find the prefect location, cut the tree you choose and pay for it – everything through your phone.

Signin documents: In Estonia people use the ID card reader that provide access to all government e-services. It is the most advanced national identification card system. It is also possible to sign your documents with Smart-ID and Mobile-ID using only your phone.

E-taxes: Around 95% of local taxes are filden online. Impressive, isn’t it? The user information is stored onine in a pre-filled form. All the process takes three minutes, cannot be more simple.

Birth certificate: Digital life starts from the day you are born. In Estonia, some hospitals offer an electronic medical birth certificate. In short, the birth of a newborn can be registered online skipping all the paperwork.

Start a business: We already mentioned that Estonia has the highest number of startup per person in the world. One of the reason is the easy way of creating a company. Since 2011 a business can be registered in 20minutes digitally! About 98% of new companies are entered online in the e-Business Register platform.

Estonia is located on eastern coast of Baltic Sea in Northern Eurupe. The coastline is 3.794 km (2.357mi) long with 2.222 islands nearby the shore. On the west Estonian Archipelago there are two biggest Estonian istands: Saar emaa (2.673km2) and Hiiumaa (989km2). Saaremaa is local’s favourite destinations for holiday. In Saaremaa you will find more SPA’s than anywhere in Estonia.

Saaremaa is famous because of nine meteorite craters group called Kaali. The largest crater measures 110m in diameters, is filled with water and is known as Kaali järv (Kaali lake). Most recent estimates say that explosion was shortly after 1530-1450 BC.

What is the climate of Estonia?

Estonian climate is temperate and mild. There are four seasons of near-equal lenght (spring, summer, autumn, winter). The coldest month is February, the warmest – July. The weather is often breezy and humid due to the proximity of Baltic Sea. Snow cover lasts from mid-December to late March. The longest summer day lasts for 19 hours while the shortest winter day is over 6 hours.

Because of it’s northern location, Estonia is the perfect place to experience Midnight Sun phenomena. During ”White Nights” sun sets very late and the dark of the night is barely in sight. Late June is perfect time for holiday and Midsummer day celebration coincides with the longest day of the year. During this time Estonians barely sleep, instead they tend to stay outside by the bonfires and twilight and enjoy this magical time of the year surrounded by blooming nature.

Midsummer is one of the oldest celebrations in Estonia and is called by locals as Jaanipäev. It is a national holiday and it gives a chance to take a city break in the countryside. Poeple used to meet with friends barbequing in their gardens, other prepare a picnic in the forests. Very characteristic and at the same time traditional for Jaanipäev are massive bonfires. People celebrate together, playing music, singing and dancing around the fire all night.

The best time for visitors who would like to experience Midsummer celebration, is Suure-Jaani Music Festival in Central Estonia. This event lasts for one week ftom 19th to 23rd of June. The Festival finishesh with a concert in a bog at 3am the last day.

Does Estonia have mountains?

Estonia is a flat country.

What is the highest point in Estonia?

Around 50% of Estonia’s total land is covered by forest (18000 km2). The nature here is full of wildlife. You can find many beautiful untouched bogs with hiking trials, lakes, rivers and animals.

Is Estonia a good country to live?

Estonia is perfect place to relax and take a breath from the city in the countryside. Nowadays spending time with the nature it’s really preciuos. Here nature is untouched and air is one of the cleanest in the world. For sure Estonia is not bored country. From another hand it’s full of wild adventures, city atractions, museums and festivals.